The last circuit that I built in the Labyrinth is the first, dedicated to the planet and God Mercury.  Mercury is the closest planet to the sun, and also the smallest in our solar system.  It takes 88 Earth days for it to make a full rotation around the sun.  The speed of its rotation may have inspired its being named for the fastest of the Gods.


The Roman God Mercury was the messenger, perhaps best known in modern times as the logo for FTD Florists.  In Greek mythology he was the God Hermes.  He is often depicted with wings on his golden sandals which were made by the God of Craftsmen, Hephastus.  On his head he wore a winged hat called a Petasos.  This was derived from floppy sun hats usually made of felt worn by farmers whose form gave the impression of wings.  These two implements helped to give Mercury the ability to fly at great speeds. 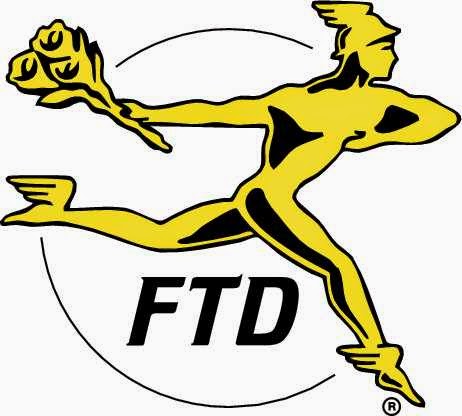 He carries a Caduceus, a staff entwined by two serpents given to him by his half brother, the God Apollo.  It became the symbol of commerce, negotiation, and balanced trade (an irony in today's corporate world).  He is also the patron deity of communication, divination, eloquence and poetry, boundaries, luck, and my favorite- travel.  In Roman mythology he was also the guide of souls to the underworld.  And he deliveres flowers!

I began the work on this circuit by bringing the straight path that runs in line with the entrance in to the curve of this circuit, which runs a short distance around to the west where two loops connect it to the Venus circuit.  I made a feeble and totally abstract attempt to depict a Caduceus.  Only I will ever know where it is.  Then I went back to flowers, tapping in to the FTD Florist connection by coincidence.  Ford made a Mercury, and Hermes makes scarves, and I made a rainbow of colored stones.  The next day I made the second loop connecting the Mercury to the Venus circuit in brown stones.

While I was working on this my friend Sarah King from Portland arrived.  We sat on the bench swing when it rained and then I went to work on the other half of this short circuit.  I will make the loops at the end tomorrow.  I made Sarah a black flower that went perfectly with her outfit.  She had a little black lava pebble in her car from a special outing that she retrieved and I tucked it in to a spot next to the flower.

Next to it I made another flower using a glazed black door knob for the center given to me by a woman who lost her husband last year.  Mercury is an escort for departed souls to the Gates of the Underworld.

Later two women came to visit.  Bonny lives on the island and Naira is from Armenia.  Naira works for Habitat for Humanity and Bonny worked on a project with her in Sri Lanka.  We had the sweetest visit and I made them each a flower after they went to ring the Prayer Wheel.  Doing good work is the best message of all and it was a pleasure to meet these generous souls.

The next morning the sun was sparkling on the water and a frigate boat, the Odyssey was loaded with Sea scouts as it pulled out of Blakely Harbor.  Through the telescope it looked like they were saluting.  The temperature feels like it goes up 10 degrees when the sun is out and what a beautiful day to go sailing.

I returned to the site and finished the loops that connect the Mercury circuit to the Venus circuit in the shortest section of the Labyrinth.  It looks kind of like a hot dog so I am now calling it the "Frankfurter".  Once I finished this section I started the daunting task of moving stones off the Labyrinth.  Len brought me several large nursery tubs to store them in until I can use them for other projects in the park.  There must be a ton or more of stones that didn't get used, because having a good selection to chose from is essential for making a well fitted mosaic.

I was planning to take the rest of the day off but a series of people arrived as if they were scheduled by appointment, one after another, including my friend Gillian Matthews from Seattle who brought her son.  It was a beautiful afternoon and people were dropping off pebbles and found objects for last minute inclusion in the Labyrinth.

Chris came by again with his big yellow Labrador Retrievers.  He brought a fascinating book of historic photos of Bainbridge Island showing an entire mill town below the site where I am working.  Small Victorian houses lined a waterfront street edging a bay filled with frigate ships loading up lumber destined for the far reaches of the globe.  Lumber was shipped to California, Chile, England, France, Germany, and Australia.  Stones were brought as ballast and dumped off Rockaway Beach before loading the wood.  These stones make up the majority of the material I used for the mosaics.  Now a Labyrinth sits in the midst of a forest growing on what was once the largest lumber mill in the World, which when viewed from Nature's standpoint was a genocide.  In my mind we have some healing work to do.  Mercury comes bearing flowers to those who give back to the Earth.  May walking this path inspire us to do so.

Thanks for reading, Jeffrey
Posted by Jeffreygardens at 10:25 AM